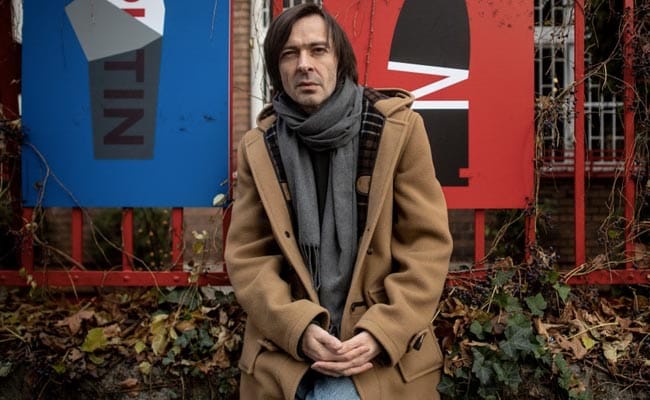 Kovalenko watches the news every morning, and he never lacks inspiration for his series.

The Ukrainian graphic artist has stuck to the pledge since Russian troops invaded in February.

The 49-year-old, who has lived in Slovakia since 2015, said he initially wanted to take up arms against Russia.

“Then I realised that I can be more useful doing what I am good at. My Kalashnikov is my pen,” he said.

His mother and a sister still live in a part of the Zaporizhzhia region in southern Ukraine under Russian occupation.

“Maybe once a week they send me a text message saying they are still alive.

“Many of my friends are fighting the Russians, some of them have already been killed,” said Kovalenko, who was head designer at the Saatchi & Saatchi advertising agency in Ukraine before he moved away. 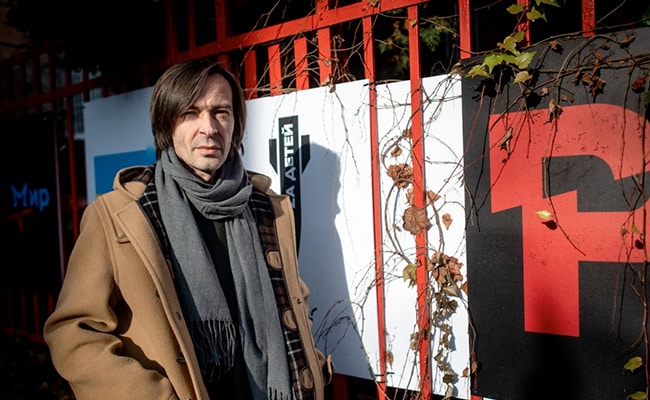 The award-winning artist’s posters include one to mark International Women’s Day on March 8 showing a bullet budding like a flower.

“This is the present Putin sent to Ukrainian women,” he said.

A stylised coffin partially revealing the Russian president’s name is one of his best-known posters.

Putin’s death “is surely one way to end the war,” he said, calling the president “a symbol of aggression and war all over the world.”

Kovalenko watches the news every morning, and he never lacks inspiration for his series.

One of his posters depicts a clenched fist resembling a flower, another a hand with three fingers missing and the remaining two showing a victory sign in Ukraine’s national colours.

“This is the price Ukraine has to pay for its victory,” Kovalenko said.

One of his first anti-war posters shows a Ukrainian flag partially vanishing.

He created the piece a couple of days before the start of the Russian invasion.

“This is how I felt about the situation,” he said.

He sells his art to raise money to support Ukraine and his posters are now exhibited throughout Slovakia.

But despite the posters’ success, he would rather not have to make any more and wants the war to end immediately.

“I would like to stop this series right now,” he said.

(Except for the headline, this story has not been edited by NDTV staff and is published from a syndicated feed.)

Featured Video Of The Day

“Shraddha Walkar Would Have Been Alive…”: Father Blames Maharashtra Cops