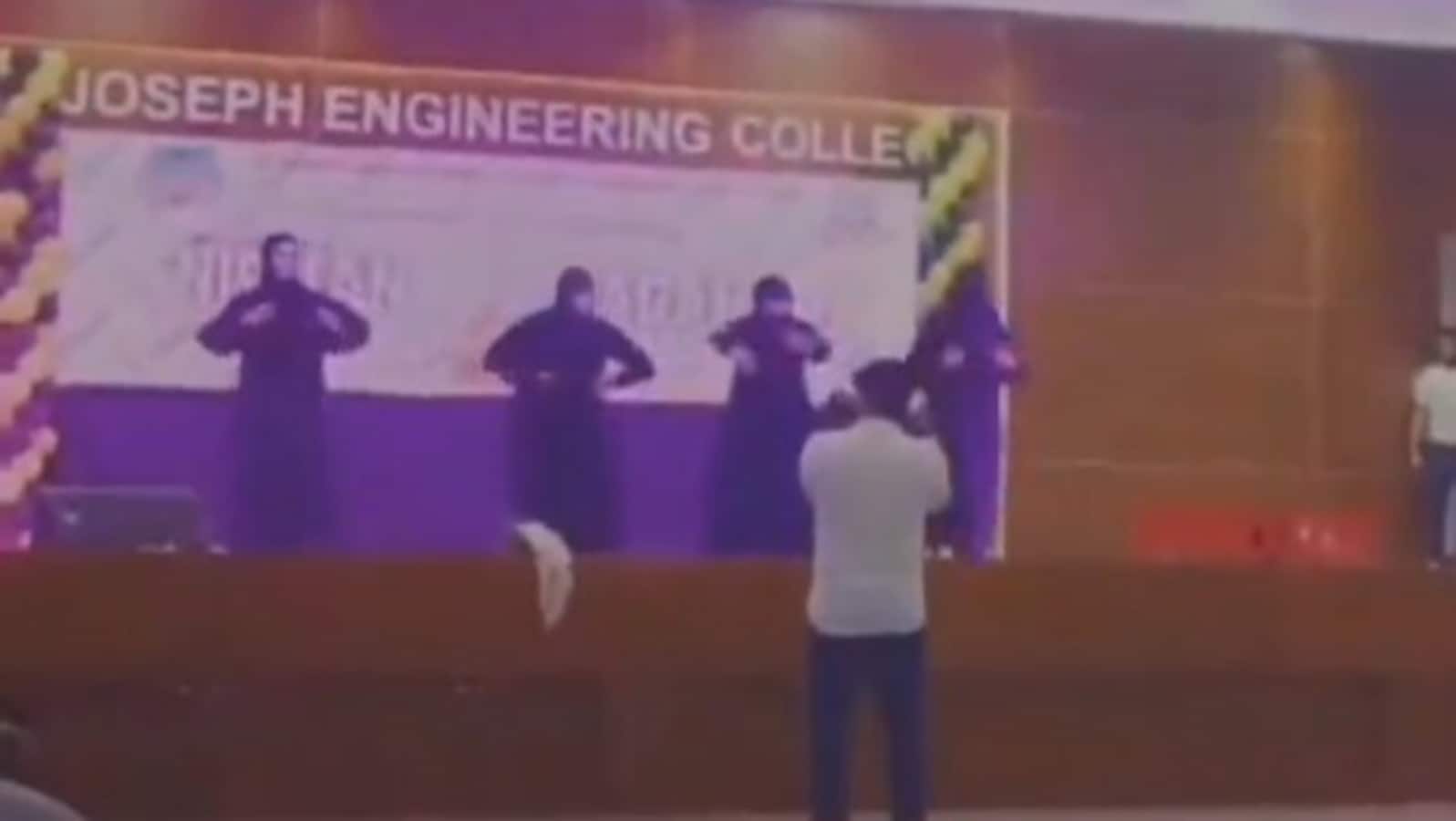 Four students in Karnataka’s Mangaluru have been suspended for wearing burqas while dancing to a Bollywood song at a college event. The college has said the students had ‘barged on the stage during the informal’ part of the event and that they had violated ‘strict guidelines’.

The college in question – St Joseph Engineering College – tweeted Thursday after a video of the students dancing to the song Fevicol Se wearing burqas was widely shared online.

READ | 23 students suspended over protests against hijab ban in Mangaluru

The students are Muslims and have been suspended pending an inquiry, the college said. College management later also issued a statement declaring ‘everyone on campus knows that strict guidelines are in place in this regard’.

“The video clip being circulated in social media has captured a part of the dance by students of the Muslim community itself who barged on stage during the informal part of students association inaugural,” the college tweeted.

“It was not part of the approved program and the students involved have been suspended pending inquiry. The college does not support or condone activities that could harm the harmony between communities and everyone,” it added.

It was not part of the approved program and the students involved have been suspended pending enquiry. The college does not support or condone any activities that could harm the harmony between communities and everyone. (2/2)

The video – shared by several users – sparked controversy after it was alleged that the dance mocked the burqa and hijab. Multiple social media users also called the dance inappropriate because it had ‘obscene steps’.

Some Twitter users asked why the students had been suspended. “… burqa is not a holy dress, or is it because dance is prohibited in Islam?” one user asked.

“If wearing Burqa is not wrong, then what’s wrong in dancing wearing a Burqa?”