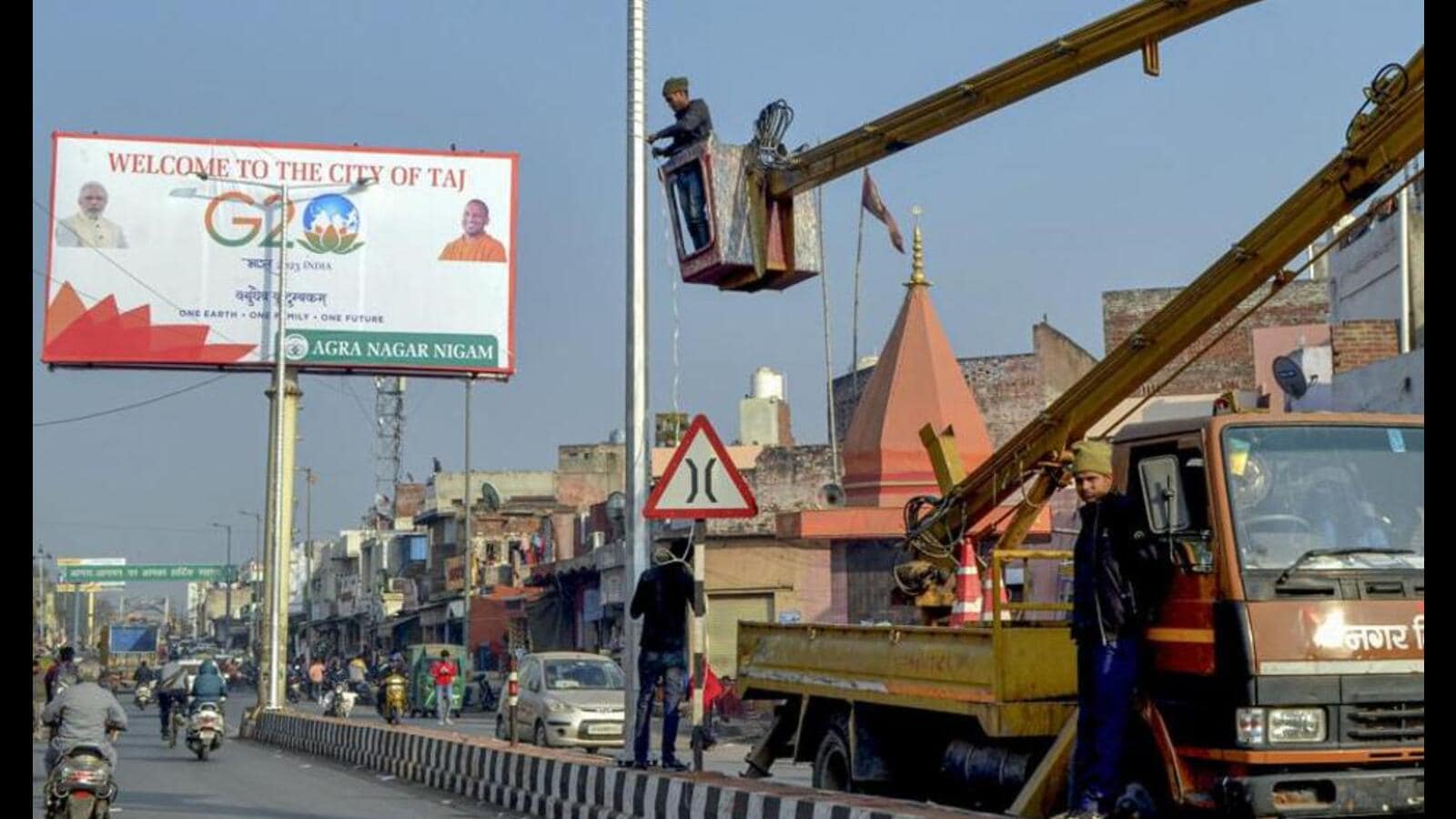 LUCKNOW The district administration is in the process of installing a 12- ft-tall bronze statue of Lord Lakshman outside the Chaudhary Charan Singh International Airport here that will showcase Lucknow’s rich history before the guests who will arrive in the city to grace the G20 meet and Global Investors Summit-2023 in February, said officials.

The statue is coming up on a 6-ft pedestal at a roundabout outside the airport with a park in its surroundings. According to one legend, the city is named after Lakshman, the younger brother of Lord Ram, the protagonist of Sanskrit epic Ramayan

“The statue at the crossing of airport is the perfect way of telling the world who established Lucknow and how old our culture is,” said Inderjeet Singh, municipal commissioner.

He added: “We will also give a perfect tribute to our soldiers through murals and paintings at Shaheed Path.”

The delegates will be welcomed with dupatta, tilak and ‘aarti’ at the airport lounge and will be presented with ODOP miniatures. Besides, artistes will welcome the visitors with their Bamarasia, Faruvahi, Pai Danda and Dedhiya dance performances along the airport route.

District magistrate Suryapal Gangwar said UP’s rich culture and diversity will be showcased before the delegates, who will attend meetings in four UP cities – Lucknow, Agra, Varanasi and Greater Noida – next month.

According to officials, the first meeting of G20 will be held in Agra on February 11. After staying in Taj city for a day on February 12, the representatives will reach Lucknow and attend the meeting on February 13 and 14.

“We have created themes for all the four cities. The Lucknow phase will focus on tourism and cultural richness,” he said.