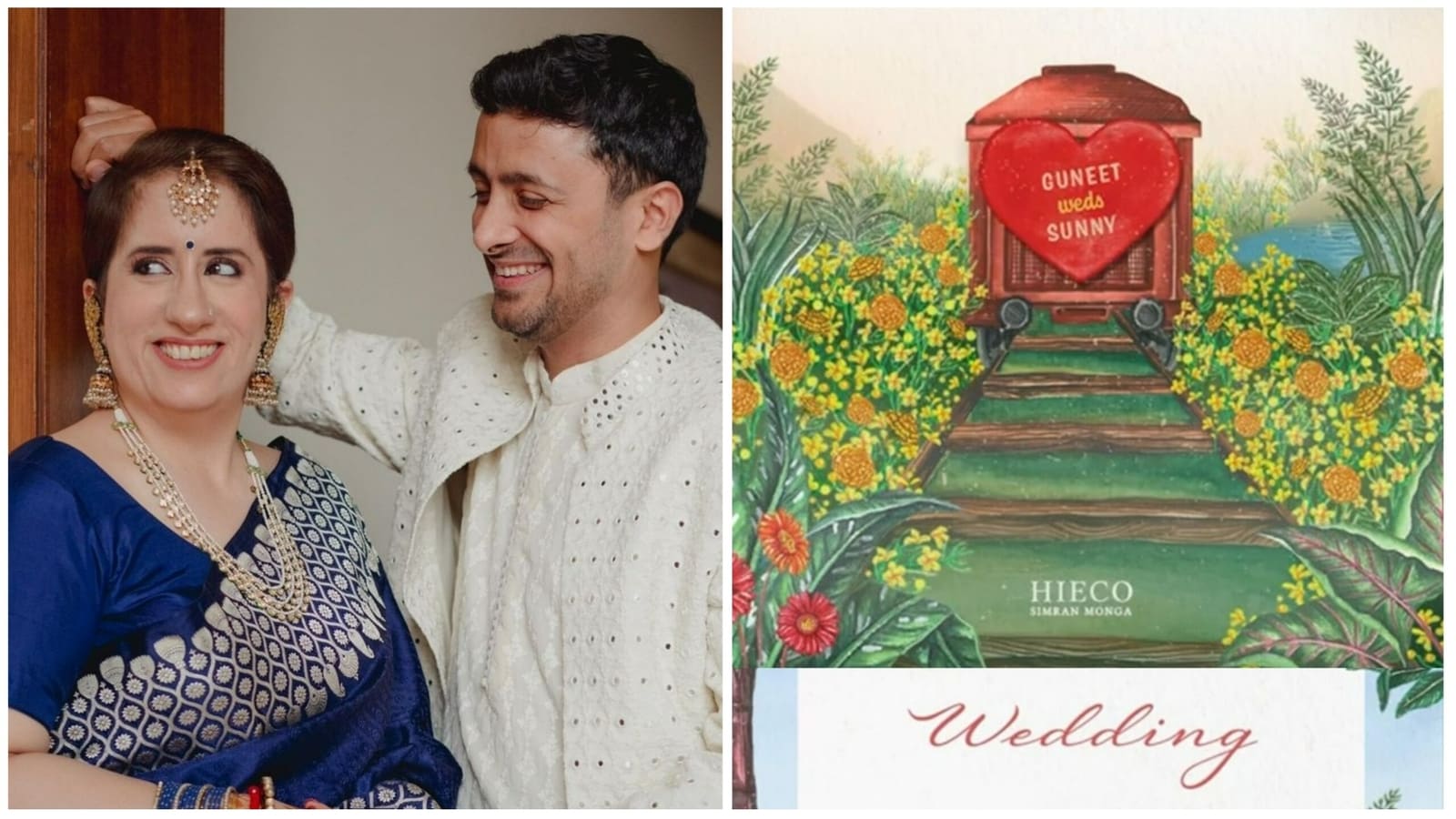 Filmmaker Guneet Monga is all set to tie the knot on December 12. She had recently shared how she was deeply spoiled and inspired after watching Shah Rukh Khan and Kajol’s Dilwale Dulhania Le Jayenge. Now her wedding invite is also inspired from the film as it picks elements like a train and the ‘sarson ke khet (mustard fields)’ which had an important role in bringing SRK and Kajol’s characters together in the film. Also read: Guneet Monga writes about getting married at 39, what her relatives would say: ‘Beta shadi nahi ki’

The wedding invite has been designed to commemorate Raj and Simran’s love story. A train has ‘Guneet weds Sunny’ written on the last bogey and two hands are seen holding each other inside a train. The card has ‘sarson ke khet’ drawn around the edges.

Guneet will get married to fiance Sunny Kapoor, almost a year after their engagement ceremony. On Thursday, she shared a video from a ceremony which had her and her family members dancing to the dhol beats. She was in a colourful jacket and a yellow skirt.

Earlier this week, Guneet had shared her wedding date and her love story along with how fascinated she was with DDLJ. Her note read: “DDLJ ruined me… Like every girl growing up in the 90s, I too have been on a constant lookout for my Raj ever since I was 18.”

After mentioning how she even started cursing her job, looks and intelligence while not being able to find a love partner until her late 30s, she further wrote, “Wait, did I tell you, I have also tried missing the last Euro train but wahan pe door automatic shut hotey hain and no one keeps their hand out to pull you in! Haath kat jayenge behenon (your hands will be cut my dear sisters)!” She ended the note with Shah Rukh’s line, “Bade bade deshon mein chhoti chhoti baatein, hoti rehti hain (small issues do happen in big countries).”